The next big national elections are coming up in November 2022, when American voters will elect representatives to Congress who will have a big impact on life in America for the next couple of years. But before then, Virginians must first vote in the Primary Election on June 21 to decide who will be on the ballot in November.

Asian Americans are an important voting bloc whose turnout has skyrocketed in recent elections, and we must continue to make our voices heard! Voting in the primary election is how voters set the stage of who they want to see on the ballot in the general elections. Your primary vote is an expression of what’s most important to you – from policies to government spending and everything in between, you’re voting for the leaders who will fight for what you and your community care about.

Redistricting in Virginia has also changed district lines for the upcoming elections. Find your new districts and polling locations, learn more about the positions up for election, and make a plan to vote using our checklist below!

Checklist: Are you ready to vote?

Register to vote or check your current registration status

Find your district & learn who and what’s on the ballot

Plan how and when you will vote

Tell your friends and family to vote!

Last day to request your absentee ballot by mail, fax, or email

Register to vote or update your voter registration!

Update your voter registration if you have moved or changed your name.

The deadline to register to vote or update your voter information to vote in the 2022 primary is May 31.

If you don’t have a Virginia driver’s license or state-issued ID, register either:

After submitting your voter registration, you should receive a notification in the mail confirming your registration status. If you do not receive one, contact your local registrar’s office to make sure that your application has been processed or check your voter record online.

The U.S. House of Representatives is one of Congress’s two chambers and part of the federal government’s legislative branch. This position is up for election every two years. The number of representatives from each state is determined by the population of the state, and Virginia has 11 House seats.

Due to COVID-19, voters are encouraged to vote by mail to ensure physical distancing, or to vote early to avoid long lines on Election Day. Learn about the different voting options, decide which is best for you, and make sure you are prepared to make your voice heard!

Apply for your absentee ballot online or on paper.

Follow all instructions to fill out your ballot accurately.

Return your ballot by mail or in person.

Visit your local registrar’s office from May 7 to June 18.

Bring an acceptable form of ID or sign an ID confirmation statement.

Visit your polling location on Tuesday, June 21, between 6am and 7pm.

Bring an acceptable form of ID or sign an ID confirmation statement.

REMINDER: If you need language assistance, it is your right to bring someone (e.g. family, friend, neighbor) into the voting booth with you, as long as they are not your employer or your union representative.

Hamkae Center staff and community members share why we vote!

We asked new, young voters across Virginia why people like them should vote. 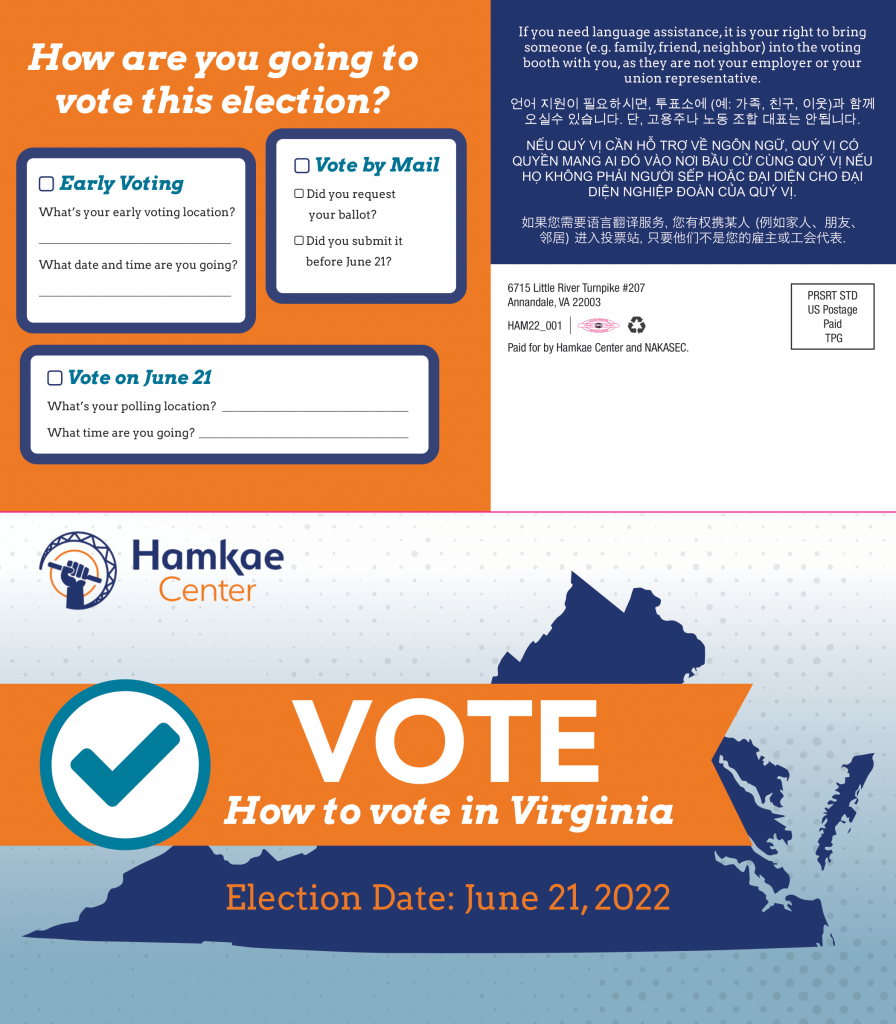 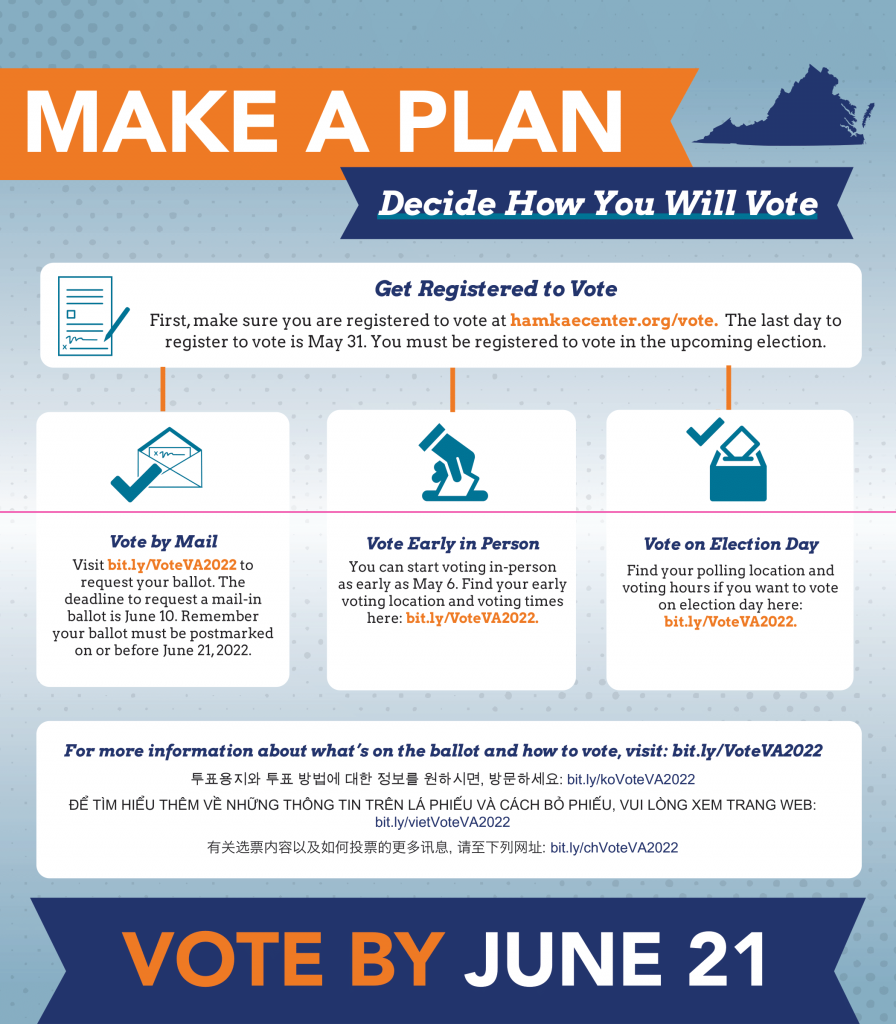 Interested in promoting civic engagement in your community? We’re in need of volunteers for the following activities:

Close Menu
Get tickets to our Pursuing Our Dreams 2022 Fundraiser! 🌠