By qnguyen18 November 2022No Comments 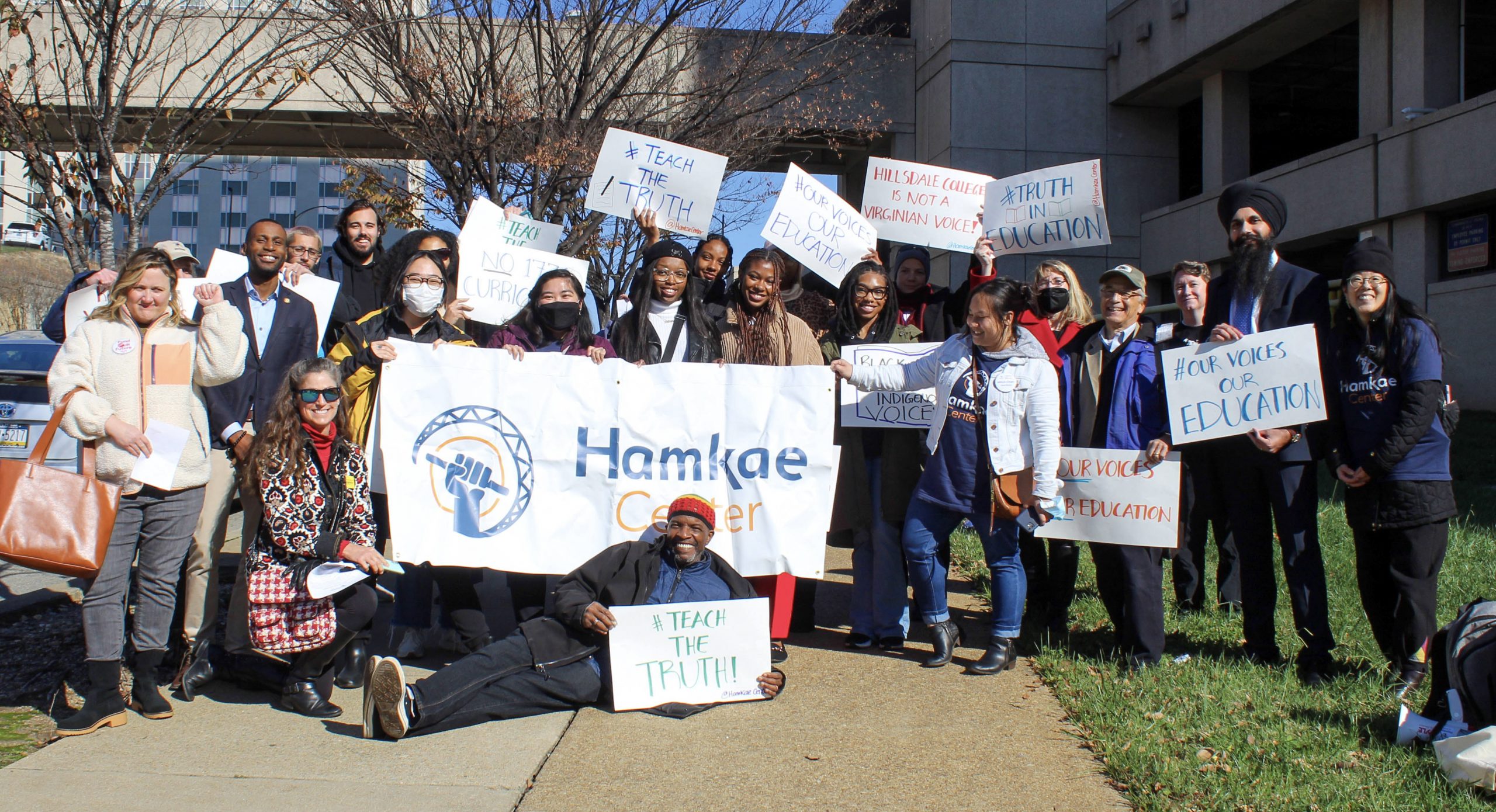 Photo above taken by Sam Hart of ACLU VA.

Richmond, Virginia — In the face of overwhelming public opposition from thousands of Virginians – Asian Americans, Black, Native American, Latino, White, Sikh,  Jewish, K-12 teachers, academic historians, students, parents, and others – to Youngkin’s history Standards of Learning (SOLs) released last Friday, the Board of Education (BOE) did not adopt it as-is. Instead, the Board directed the Department of Education (DOE) staff to illustrate what changes were made between the original August revised SOLs and the extremely problematic Youngkin standards, combine the two to create a third set of standards, and define how this new third set is a valid revision of the 2015 SOLs. The Board will continue discussion in 2023.

“For Superintendent Balow to write off glaring omissions and inaccuracies as mere mistakes or gaffes is insulting. We need to question how anyone could have “inadvertently” left out Martin Luther King Jr. Day or Juneteenth. We need to question how anyone could have “mislabeled” Native Americans as first immigrants,” said Sookyung Oh, Director of Hamkae Center, an Asian American community group. “Does she truly think that those were the only concerns Black and Native Americans communities had with the standards? Why did she not address concerns brought up by Asian American and Jewish organizations? We think the answer is clear – because it is not inadvertent. There is no fixing the Youngkin standards by selectively making a few changes because the bedrock of the entire document is a larger campaign to attack equity and public education.”

“We are extremely skeptical of the Superintendent’s ability to faithfully deliver on these products, based on the string of broken promises, lack of transparency, and undemocratic process,” shared Zowee Aquino, Policy & Communications Lead at Hamkae Center. “The Nov. and Aug. standards are fundamentally different in their approach, priorities, and values. Like oil and water, they can’t mix. The August SOLs already reflect the will and input of Virginians.”

“We got involved to bolster content about Asian Americans and Pacific Islanders (AAPIs) in the History SOLs. That struggle now to be seen is one we are fighting with so many others as all of our histories are being threatened. We will keep up this momentum to ensure that all the diverse communities in Virginia are reflected in the Virginia History SOLs for the next 7 years,” said Ha Tang, Community Organizer at Hamkae Center.

“I grew up feeling invisible as an Asian American woman,” said Elise Tsao, a Virginia student who spoke at the BOE meeting, “So when I saw the initial draft of the new history SOLs, I was thrilled to finally see fuller recognition of the Asian American community. Then I saw the Superintendent’s draft released last Friday. I don’t know why anyone would want to cut stories that are already underrepresented, but I know I’m tired of hearing a narrative that predominantly celebrates white greatness to the point of omitting others. So I am speaking out for my little siblings, who are or will be in the Virginia public school system. And, because I believe that Virginia can be better.”

Hamkae Center is a community-based organization with a mission to organize Asian Americans in Virginia to achieve social, economic, and racial justice. Alongside its community members, Hamkae Center works to build a future in which low- and middle-income, immigrant, people of color, and all marginalized communities can fully participate in U.S. society and work together as makers of lasting change.
We are the Virginia affiliate of the NAKASEC Network. Other members include HANA Center (Illinois), Woori Center (Pennsylvania), MinKwon Center for Community Action (New York), and Woori Juntos (Texas).