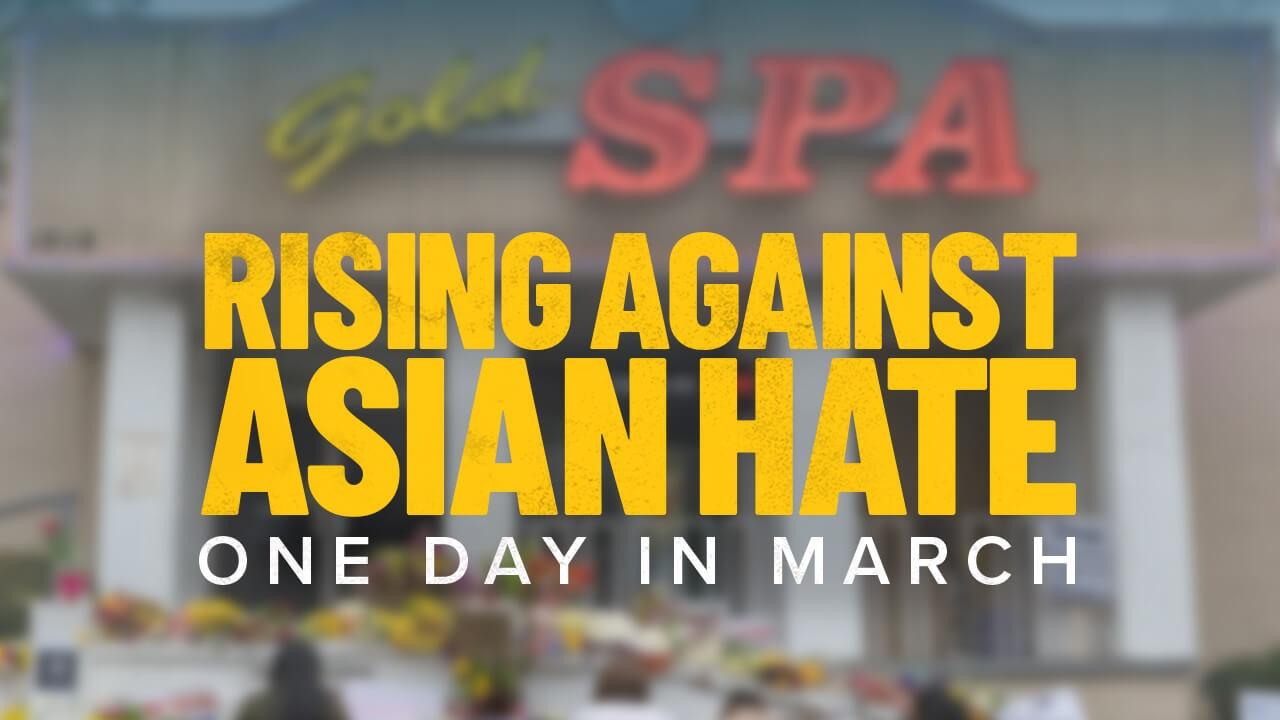 Join us, Asian Pacific American Film, and ACE Collaborative, for a FREE screening of the documentary Rising Against Asian Hate: One Day in March. A conversation with director Titi Yu and executive producer Gina Kim will follow. Seating is limited and is first come, first served. Open to all!

Narrated by Emmy nominated actress Sandra Oh (Grey’s Anatomy, Killing Eve) with music by Academy and Grammy Award-winning musician Jon Batiste and Grammy nominated musician Cory Wong, Rising Against Asian Hate: One Day in March pays tribute to the lives lost, examines the rise of anti-Asian racism and documents a growing movement to fight back and stop the hate.

Following the aftermath of the March 2021 mass shootings at 3 spas in Atlanta, this new film chronicles how the Asian American community came together to fight back against hate.

Offering a conversation about race, class, & gender, the film takes a deep dive into this critical moment of racial reckoning, exploring the struggles and triumphs, progress and setbacks, discrimination and achievements of AAPI communities. The film also depicts the importance of building political power and how that is tied to stopping Asian hate.